It used to be that only a certain few people ever wore polarized sunglasses.  Before the advent of the internet and the increase in popularity with these useful lenses, the only people you really ever heard about wearing cheap polarized sunglasses were crazy old fishermen who wanted to be able to see on the water.  Now though, with changes in style and a better overall understanding of the benefits of polarized lenses, more and more people from different walks of life are starting to adopt these types of sunglasses as their own.  Below is a list of 10 uses for your new pair of polarized Pugs gear sunglasses. 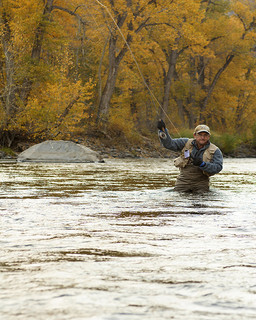 Alright, we had to get it out of the way first!  Fishing is the perfect place to break out your polarized lenses, as they reduce the glare created on the water by blocking out the horizontal light being reflected off the surface.  These lenses will not only help you see better on the water but will also protect your eyes from these harmful rays.

Much like with fishing, cheap polarized sunglasses are great for anyone on a boat in the summers.  No matter if you’re the captain or just a lazy passenger catching some rays on a summer day; don’t let yourself get sea sick due to the glare off the water!  Protect your eyes with these lenses just like you would protect your skin with sunscreen.

Driving During the Day

Another time in our lives where glare can be dangerous is during your morning and afternoon commutes.  Driving often times produces glare off of other windshields and can be extremely dangerous in certain situations.  Instead of putting down your car’s sun visor or squinting with a regular pair of lenses, look toward a polarized pair to protect you from a potentially dangerous glare situation.

Driving in the Rain

You might find it weird to see someone wearing a pair of sunglasses when it’s raining, but the fact is that if you have the right colored polarized lenses then you could actually see better during these downpours.  If you have copper or amber colored polarized lenses then you may actually be able to better see the glare coming off of rain water!  Who knew?!

Over 62% of joggers will fall off their jogging path due to glare according to a study I just made up.

Alright, so falling off jogging paths probably doesn’t happen all that often...  But as a jogger myself, I can clearly remember numerous times where I was temporarily blinded by the glare off of something around me!  Fight back against the glare with some sporty cheap polarized sunglasses that will fit and stay on your face as you go jogging (pronounce yogging… it’s a soft J). 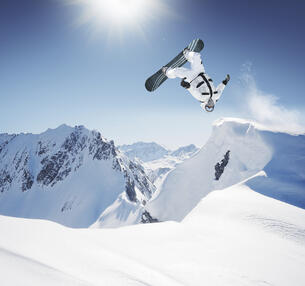 There is nothing worse that skiing down a mountain on a sunny day and getting that glare come right off the snow and into your eyes!  Some people prefer to wear sunglasses over goggles on the slopes and if you’re one of them then you should most certainly be considering polarized lenses from now on!  Not only will they reduce the glare and allow you to better see the slopes on the sunny days, but you will also be better protecting your eyes from the reflected rays coming right at you!

Is that the pin or is the sun just coming down on the green weird?  Don’t settle for below par vision (Ha! Get it?!).  Instead sport polarized lenses to ensure that you can see everything down the fairway just as it actually is.  If you’re really mean, you might not even tell your golfing buddies about this.  That’s fine, we won’t tell!

Just like those crazy yoggers from a few sections above, mountain biking can be dangerous when glare gets involved.  Protect your eyes and take preventative measures so that your face doesn’t meet the earth with polarized lenses shielding that harmful horizontal light.

For those people who have just undergone cataract surgery, sunglasses are obviously a must, but did you know that polarized sunglasses can offer you more protection?  Because you will already have extremely light-sensitive eyes after the procedure, it’s best to turn to polarized lenses that work to reduce glare by blocking out the harmful horizontal light that can cause major discomfort for any cornea getting hit with it.

Are we stretching a bit to round out this list at 10?  Nah… This is a major problem we hear about at Pugs gear all the time:

“Guys, I’m a big shot boss with a corner office downtown and while I love where I’m at, I sometimes wish I was in the cubicles with my lackeys because of the horrible glare coming off the buildings around me in the mornings.  Do you have any suggestions?  Because if not, I might have to fire the guy with the office on the other side of the building just so I can use his office for the first few hours in the mornings…”

I know what you’re thinking, this guy has it ROUGH!  Well, luckily for him (and the guy with the other office) polarized sunglasses offers the perfect solution for Joe CEO over here.  Window shades would also work, but then everyone in all the other buildings wouldn’t be able to see him counting all of his money!  Nope, glare-reducing polarized lenses are definitely the way to go.

As you can see, there are and always have been plenty of different uses for cheap polarized sunglasses (some more relevant than others…)!  That’s why we here at Pugs gear believe that everyone should be taking the time to protect their eyes with these types of lenses!  So go ahead and find out just what type of glasses are right for you and start looking cool while playing it safe! 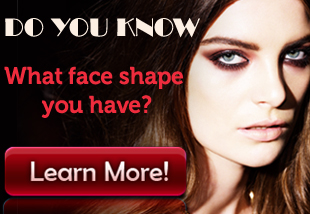