When is the Best Time to Go Fishing? 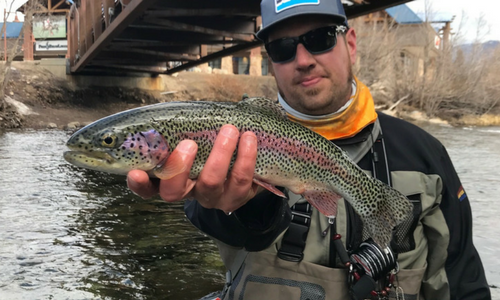 As the Spring season starts warming up the rivers and lakes, melting the high-elevation ice and revealing the flow of fresh water to the sun’s touch, any angler worth his rod can tell you it’s time to cast a line or two. But it’s not as simple as jumping into any old stream and expecting a fish to bite – you have to understand when they’re likely to catch, and why.

Before you go fishing indiscriminately for any species you can think of, remember to check with the local Fish & Wildlife Department for any fishing closures or restrictions that might be in effect. Also, keep in mind that you need your fishing license before you cast your line.

We’re not going to say bass fishing is easy...but it’s not as hard as catching blue marlin, that’s for sure.

In general, largemouth bass begin to feed heavily and move into shallower depths when the water reaches about 60 degrees in temperature, usually during late winter in the southern parts of the country and late spring in the north. These periods of pre-spawning and spawning are the best times to catch that record-breaking bass.

During these periods you can catch bass successfully nearly all day long. The optimal times are early morning, late afternoon, and night -– bass tend to become scarce during the warmest times of the day. Check out this blog post for a closer look at bass fishing.

Because trout are cold blooded they tend to avoid uncomfortable water temperatures, opting instead for the pleasant range of 34 - 67 degrees Fahrenheit. Because of this, it’s generally accepted that you’ll be reeling in the most trout during the months of late spring.

Since trout enjoy nice weather (who doesn’t), it’s a safe bet to fish for them in the early morning, in the late evening, or during cloudy afternoons. If you’re trout fishing in a lake during the heat of summer, try to get started by dawn to avoid the high temperatures.

There are plenty of great locations on either side of the country to catch salmon. In lieu of writing a travel guide, let’s focus on two of them – Washington’s Columbia River and New York’s aptly named Salmon River.

Chinook salmon make two seasonal runs up the Columbia every year in the spring and fall. According to this article, the spring run begins in April and the fall run starts in July/August. Because the fish are constantly moving during their 2-3 month journey, you have to time it just right – don’t expect to catch a Chinook near the mouth of the Columbia in late May.

If you find yourself in New England this summer or fall, make sure you bring along your fishing rod and a healthy appetite for salmon.

Anglers will recommend all sorts of apparel and accessories to help you succeed, but one thing’s for certain: you must wear quality sunglasses. Pugs polarized glasses will help you avoid eye strain, headaches, and sunburn while you’re on the water.

Before you hit the river, make sure to stop by our online store and shop for some high quality, low-cost sunglasses.

See you on the water!