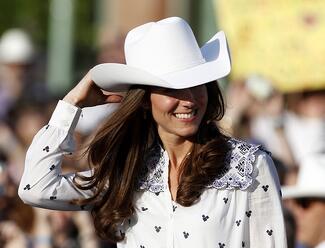 As Will and Kate traveled across North America one of the things that became obvious was Kate’s trend setting fashion statement. She was recognized for her use of color and classic style that is so becoming as a future queen. Hats seem to be a huge part of that fashion statement as she has been seen in everything from a women’s Fedora hat to a Stetson style Cowboy Hat, as seen here, which is not surprising since Kate Middleton worked as an accessories buyer for British fashion chain Jigsaw.

As a trend setter, count on seeing felt or cowboy straw hats similar to the one you see Kate and Will wearing in the photo becoming very popular in the days to come. These hats are not only comfortable and practical but look good on almost anyone.

It is not clear when the cowboy hats began to be named that way. Westerners originally had no standard headwear. However, credit for "invention" of the cowboy hat as it is known today is generally given to J.B. Stetson. The original "Boss of the plains," manufactured by Stetson in 1865, was flat-brimmed, had a straight sided crown, with rounded corners.  J.B. Stetson was the first to market the "Boss of the plains," to Cowboys, where it has remained the universal image of the American West.

The charisma of the West was carried back East when adventurers returned in the expensive “Boss of the plains,” style hat.  In the 19th century and first half of the 20th century, a hat was an indispensable item in every man’s wardrobe. Stetson focused on expensive, high-quality hats that represented both a real investment for the working cowboy and statement of success for the city dweller.

Modern cowboy straw hats have remained basically unchanged in construction and underlying design since the Stetson creation. The cowboy hat quickly developed the capability, even in the early years, to identify its wearer as someone associated with the West. In fact, John Wayne christened them "the hat that won the West." The Boss of the plains design influenced various wide-brimmed felt and straw hats worn by farmers and ranchers all over the United States. Later designs were customized for law enforcement, military and motion pictures.

Creases in cowboy hats are used to give hats individual character and to help users identify with a particular subculture.  Many times it was often possible for people to tell where a cowboy hat was from, right down to which ranch, simply by looking at the crease in the crown.

A very popular crease used on modern cowboy hats is the Cattlemen. It is creased right down the center of the crown with a dent on each side. Returning in popularity is the Carlsbad crease, now sometimes called a "Gus crease" after a character in Lonesome Dove. It maintains a high crown at the back with the crease sloping steeply toward the front. The rodeo crease, the bullrider's crease (Formerly called the RCA crease, for the Professional Rodeo Cowboys Association), the quarter horse crease, and the “tycoon," with a pinched front, are also seen today.

There are few items in the history of American culture that carry the same iconic weight as the cowboy hat. It is the one item of apparel that can be worn in any corner of the world and receive immediate recognition. As the old cowboy saying goes, 'it’s the last thing you take off and the first thing that is noticed.’  Look for cowboy straw hats to show up everywhere this summer and fall. 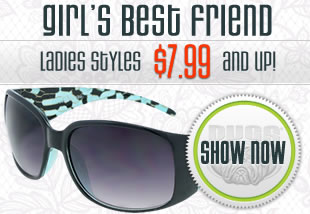