Living in Colorado sure does have its advantages. The Rocky Mountains provide some world class hiking, skiing, fishing, camping, and mountain biking. You can get lost for weeks cruising around in the wilderness observing the nature. You can take a drive around the peaks in Rocky Mountain National park, or you can get a great look at the canyon crazy rock formations by floating a river. Summer, winter, spring, or fall, there is always something to do, but the natural resources aren’t the only things this state has going for it. 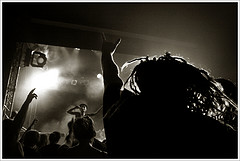 Colorado is at the juncture of the West to the rest of the country. It is the only major city between Chicago and Los Angeles. For this reason, every major act touring the country will stop in either Denver or Boulder. That means if you live in or around either of the cities, you get the pick of the country’s best music.

Because of this constant supply of good music, Denver has developed some great music venues. There is no better large venue to see music than Redrocks. The Denver Performing Arts Center has a couple amazing theaters as well. The Ogden,  Bluebird, and Gothic are all great theaters for club rock shows. And for the electronic crowd, Denver has one of the country’s premier dance clubs, Beta. There are other smaller bars like the Larimer Lounge and the Summit Music Hall and the Meadowlark and the Hi-Dive that all host great music weekly.

But with all of these places, it can get a little confusing knowing who is who. Every place has its own feels and each band has their own style. During large concerts or music festivals, you will see a little bit of everyone represented, so I am providing a simplified list of the common types of people seen in the Denver music scene to help you know who you should engage, who you can ask for help, and who you should avoid at all costs.

If you are going to see a big concert in Denver, you need to be prepared. It helps to know who you are going to encounter, and if there is going to be a big dance party going on, you can assume that you will run into some fraternity bros and sorority girls. They tend to travel in groups, so if you see one, there will certainly be more. Now, a lot of people like to badmouth these Greek Life participants, but if you are trying to party pretty hard, this is exactly who you want to have around.

You should be able to spot these people right away because they probably arrived in a party bus with twenty of their closest drunk friends. They will be posting up in the parking lot prior to the show drinking a lot of booze, playing beer pong and tossing bags. Most of the girls will be wearing bright neon-colored outfits while the guys will be wearing flip-flops, shorts, a tank top, and some retro aviator sunglasses. 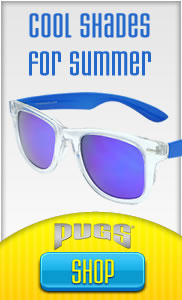 If you can match their energy with some fun spirited drinking competition challenges, they may accept you and welcome you into their usually lavish set up. The frat bros are organized and typically well-funded, so food and beer are usually provided. These groups are typically fun and welcoming, but the tides can turn quickly. Make sure you don’t say anything to rile these kids up because all that redbull and vodka energy can be used for good or for evil. However, if you do find yourself in the middle of a group like this where the energy is turning sour, just put on some Phish and you should be just fine. Frat bros love Phish.

I only spell this with a Z because it let you realize they are their own group, so you know that you are one of them. These Local Fanz are a specific breed to Colorado. Very few places outside of major cities like Chicago, New York, and Las Angeles can provide the same caliber of opportunities. These kids were raised with being able to see so many great musicians all the time that they become almost bored by the entire process. Some thirteen year olds know which venues only card at the bar instead of the door. Others join their parents at Redrocks shows and just put on some big retro aviator sunglasses and just try to blend in with the rest of the crowd.

By the time these kids are eighteen, they have done it all. They are jaded and not easily impressed. They will say things like “Sound Tribe Sector Nine shows used to be good, but then they started playing with Umphrey’s McGee too much and got way too poppy.” Or “I haven’t liked Phish since I saw Further. Phish doesn’t get weird enough for me anymore…”

If you find yourself near these fanz, don’t be offended if they don’t embrace you. Unless you have a limited edition graphic tee with a trendy designer Colorado hat, chances are you won’t even register in their minds. Don’t mention where you are from. And don’t mention how many people in the state are originally from California. In fact, don’t mention any state outside of Colorado, as it just seems to piss them off. You can complement their cool shades, compliment the Broncos, or tell them about how you got your retro aviator sunglasses from Pugs, as they tend to respond to cool gear and good deals.

Frat Bros and the Local Fanz will be the brightest dressers at the shows. So if you spill a drink all over your girlfriend and are in need of some replacement Party Rock clothes, these are the people you should ask.

This is the end of Part 1. Stay tuned to the blog for Part 2 where you will learn about the rest of the fashionable groups at Colorado music venues.