Why I Need My Polarized Sunglasses at Telluride Blues and Brews

Coming up at the end of this week is the annual Telluride Blues and Brews Festival. It is one of my favorite festivals each year. I will tell you why, but first allow me the opportunity to suggest that you go sometime. It takes place in mid-September each year. The summer crowds are finally gone, so you won’t have to struggle to get a dinner reservation in town. And the snow is usually yet to set in, so it is that perfect little slot of time before the weather gets nasty before winter. Also, there is something overall majestic about Telluride, Colorado. It is this small little ski town, but its beauty attracts visitors from all over the world. If you can ever make it there, I highly recommend you do so. But before you leave, make sure to pack your polarized sunglasses because the town sits at 8,750 feet above sea level, so the sun can be extremely damaging if you don’t take the necessary precautions. 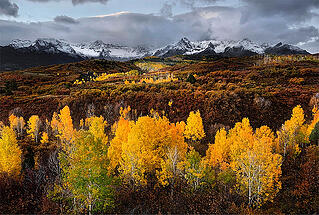 Telluride is unbelievable. It is this amazing small town nestled in the end of this valley. Two huge lines up mountains converge at a point, and in that corner high up in the mountains is Telluride, blocking the city with mountains on three sides. The town has remained small because the fourth border has been protected farm pasture that has prevented urban sprawl down valley. Because of this Telluride has held on to some charms that other bigger towns like Aspen have grown out of.

One of the mountains that act as a wall to the town of Telluride is the ski resort. It sits on one side and the town of Mountain Village sits on the other. Connecting them is a wonderful and remarkably free gondola. You can hop on and be at the top in about eight minutes and to the other side in about thirteen minutes. So if you just have a quick lunch break during the summer, you can take your bike to the middle stop at the top, eat your lunch and mountain bike down. It is amazing and beautiful. In the winter, you can do the same for skiing. But as I said above, the town is already quite high in elevation, so when you take the gondola to the top of the mountain, the sun is even more powerful. Make sure to bring your shades. I prefer to always have my polarized sunglasses with me because I like the way they cut out the glare, but that is just me.

Going to Telluride in mid-September is extra special for a couple reasons. First, the trees are going to be changing. If you have ever seen an Aspen forest change colors in the fall, you know how beautiful it is. If you haven’t done so, Google it because it is worth your time, or better yet plan a trip to the mountains. An entire mountain side will be ranging from bright green to yellow to orange, simply breathtaking. 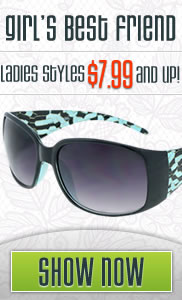 Also, Telluride has a great selection of rivers that hold wild trout, and the fishing is extremely good in the fall. There are fewer fishermen. The fish are used to eating a lot from the summer, and the bugs are plentiful. It is great. Also, a lot of the hatches are happening on top of the water, which means you will be able to see the fish come up and feed. This makes them easier to spot, but I would still recommend you wear your polarized sunglasses, so you can see them clearly under the surface. If you have ever fished with a guide, you may have found out how much easier it is to catch fish when you know where you should be casting.

I grew up in Memphis, Tennessee. That means I was raised around the blues. I would hear people playing blues all around the city. Some on their front porches. Some downtown on street corners. Some in the clubs. Wherever they were playing, the messages were always the same, beautiful stories about people hurting in their hearts.

This lineup is almost all blues, some southern styled some not. But on Thursday night, one of my personal favorites and fellow Memphian Booker T Washington is going to be playing. That is going to be a true thrill: the music of my past being played in the town of my dreams…

Now, I would probably go to this festival every year even if it was just a blues festival in Telluride, but it gets better. The festival also doubles as a beer festival. Saturday afternoon is spent in Telluride Town Park enjoying some of the country’s best beers. And the best part is the price for all of them is included in the festival ticket, so there is no need to worry about bringing a lot of money to the show. Caution: it can be quite sunny up there during the day, so be sure to remember your polarized sunglasses so you can protect your eyes while you punish your liver.

I will be sure to write a review after the fact, but in the meantime, I suggest all of you to attend either this year or sometime in the future. And don’t worry if this isn’t a good timing for you. Telluride is always beautiful, no matter what season.

During the summer they have a different festival every single week. They used to have one week that had nothing planned, but over the years that became known as Nothing Week, and now even that week is full of events and has grown into its own annual celebration.

In conclusion, I am getting really psyched to go up to the mountains. So if you have the time this fall and happen to be in Colorado, try to catch some of leaves changing for yourself. It just may change your life, and of course, don’t forget your polarized sunglasses.