To me, tailgating is at its best during the fall season.  Grilling is never more enjoyable, the company never more amiable then when there’s a slight chill in the air and the leaves are changing colors.  So with the last few weekends of true fall weather (at least for Colorado) I’ve decided to put together an all-encompassing list of tailgating essentials to help you pregame the big game!

It’s not a tailgate without a grill and some meat!  Make sure to bring the essentials; hot dogs, brats, and hamburgers, some chips and dip and maybe even something nice for dessert (a football shaped cake perhaps?).  Just make sure you bring everything needed for a nice, well rounded meal, including everything from the Chicago Bears fans’ food pyramid…

You’re going to need to wash down that delicious grilled food with something, so make sure you’re fill up your cooler with all the necessary beverages.  Beer is usually a staple, but make sure you’re able to accommodate those select few tailgaters who are looking for something else, such as sodas, water or just mixed drinks.  Keep everything nice and cold for maximum enjoyment!

Even if you have the food and the drinks, is it really considered tailgating if you’re not throwing the pig skin around before the professionals do it?  I say no, so make sure to pack a football or two and break them out for a good round of catch, or maybe even a light-hearted game of touch if you have enough space.

Make sure you’re tailgating party-goers are comfortable during the pregame festivities by bringing enough lawn chairs for them to rest in while they chow down on your expertly grilled meats!  Nothing says tailgating class like a good circle of friends seated around a nicely burning grill, so class up the joint with a fold up seat or two! 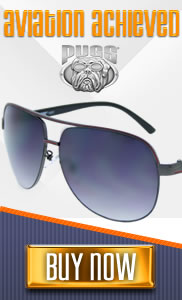 If you’re going to a football game in the fall, you better make sure you’re prepared for whatever the game and Mother Nature is going to throw at you.  Make sure you’ve got your home team’s colors on at the very least if you don’t own a jersey, wear layers, bring a cool beanie hat to keep your head warm, and don some awesome and affordable sunglasses if you’re facing the sun during the game.  It’s easy to spot the seasoned fan versus the newcomer when it comes to what they’re wearing for the big game, so make sure you have all the necessary articles on you so that you’re not miserable in the stands when a random storm front comes in on the stadium!

It would seem that Americans love the act of tailgating just about as much as actually watching football, so when you’re getting ready to pregame in the parking lot you better make sure you’re doing it right!  Do pack up the grill, fill the cooler with meats and drinks and don’t forget your pugs gear!