Upland Hunting at its Best!

It’s time for upland game hunting once again throughout our country.  If you are one of those people out hunting for grouse, pheasant, or other fowl, this is your time to enjoy the sport of hunting.  Here are a couple of safety hints before you get started. 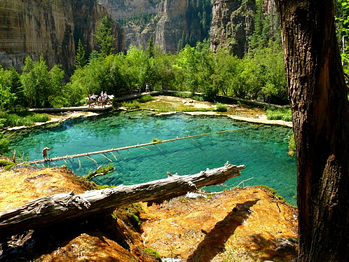 Few of us realize what a rare privilege it is to be able to hunt and fish in wild lands throughout our country. In the mid-1800s, hunters and anglers realized they needed to set limits in order to protect rapidly disappearing wildlife, and assume responsibility for managing wild habitats. Hunters and anglers were among the first to crusade for wildlife protection and remain some of today’s most important conservation leaders.

The premise of the model is based on two basic principles—that our fish and wildlife belong to all North American citizens, and are to be managed in such a way that their populations will be sustained forever—are explained through a set of guidelines known as the “Seven Sisters for Conservation.” The “Seven Sisters” hold the key to wildlife conservation as we know it today:

Sister #1: The Public Trust
In North America, natural resources on public lands are managed by government agencies to ensure that we always have wildlife and wild places to enjoy.

In the United States and Canada, wildlife is not owned by individuals. Instead, federal, state and provincial governments are responsible for managing all wildlife, as well as their habitat on public lands. This public trust gives you and all citizens the opportunity to view, hunt, fish and otherwise enjoy these natural resources. 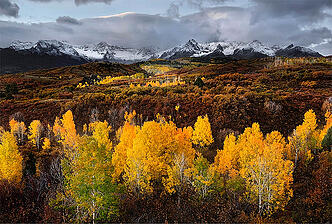 Two hundred years ago, American colonists appreciated this unfettered access to the continent’s abundant wildlife. Back in Europe in many cases, only nobility and the very wealthy were allowed to hunt. In 1842, the U.S. Supreme Court set a legal precedent by supporting the American ideal that wildlife belongs to everyone.

Sister #2: Prohibition on Commerce of Dead Wildlife
Conservation laws and their strong enforcement in the United States and Canada saved wildlife from slaughter.

Because we all own wildlife, it is illegal in North America to sell the meat of any wild animal. In some cases the hides, teeth, antlers and horns of game animals and the hides of a select few furbearers may be sold.

However, buying and selling meat, hides, feathers and other wild animal parts was a huge business in the latter half of the 1800s. Excessive hunting severely depleted bison, egrets and elk, and drove other species, such as the passenger pigeon, to extinction. Strong laws written at the turn of the 20th century restricted market hunting and the buying and selling of some wild animals, which allowed many threatened wildlife species to rebound and thrive.

Sister #3: Democratic Rule of Law
You can help make laws to regulate hunting and fishing and conserve wildlife.

Every citizen of the United States and Canadian has the right to help create laws to conserve and manage wild animals and their habitats. Government agencies that manage our natural resources provide citizens with public forums to share ideas and opinions about wildlife and habitat. Citizens can also vote for or against ballot measures that impact wildlife.

Although early 20th-century conservationists wanted to protect wildlife, many still wanted to hunt, fish and enjoy wild places. They established laws that regulated those activities. Today, federal, state and provincial game wardens check hunting licenses and tags to make sure people are hunting in permitted areas and only taking the quarry allowed by law.

Sister #4: Hunting Opportunity for All
Every citizen has an opportunity, under the law, to hunt and fish in the United States and Canada.

Regardless of your social status, race, creed, religion or gender, you have the right to legally hunt and fish on most public lands in North America.

Hunters and anglers led the crusade for wildlife protection a century ago. For instance, before Theodore Roosevelt became president, he helped found the Boone and Crockett Club. The club’s Fair Chase Statement was the first document outlining a code of conduct and ethics for hunters and anglers. It became a cornerstone of our game laws.

Sister #5: Non-frivolous Use
In North America, we can legally kill certain wild animals under strict guidelines for food and fur, self-defense and property protection. 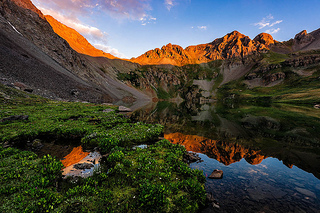 Laws restrict us from casually killing wildlife. We cannot kill wildlife merely for antlers, horns or feathers or to use only a small portion of the meat. Laws also help ensure that we show respect for and avoid mistreating wildlife and the land, and when hunting, make maximum use of every animal for food and other purposes.

Most hunters make good use of an elk. Besides feasting on the meat, hunters often keep the antlers as a memento of the hunt. Hides also make sturdy buckskin coats, chaps and gloves. Many hunters also enjoy sharing wild meat with family and friends. In this way, hunting’s rewards benefit everyone—not just the hunters themselves.

Working together, the United States and Canada jointly manage land and wildlife to make sure that wildlife can safely cross borders and that no country, state or province will take more than its share of a common resource.

The Migratory Bird Treaty Act of 1918 demonstrates this cooperation between countries to protect wildlife. The Act made it illegal to capture or kill migratory birds, except as allowed by specific hunting regulations. Treaties now exist between the United States, Canada, Mexico and Russia to protect birds migrating between these countries. The Act has restored our waterfowl, including ducks, geese and cranes, which travel great distances and cross several countries between their wintering and nesting areas.

Scientific research—and applying that research–is essential to managing and sustaining North America’s wildlife and habitats. For example, researchers put radio collars on elk to track the animals’ movements. They use the data to answer questions such as: Where do elk cows calve? How will bulls react to motor vehicles driving on forest roads?

Throughout human history, we’ve been fascinated by nature. From Sir Francis Drake to Lewis and Clark, early explorers enthusiastically observed North America’s wildlife, carefully recording their behavior and habits. Today, many hunters and anglers are just as interested in observing our natural world—and protecting those resources for future generations.