How Running in the Morning Changed My Thoughts 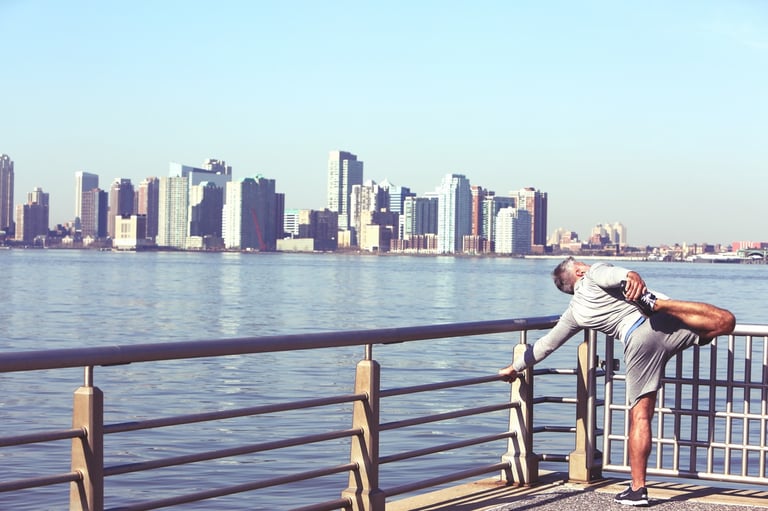 I have learned to tune out the “fitspo” nutcases who swear by their fitness regimen and the green juice that they believe can make them walk on water. Not literally, but you get the idea. In fact, the health craze has become so abundant lately that everyone believes they are an expert because they participate in the fad diet of the season. To be entirely honest, I think I’ve always tuned it out. Weight has always been something I’ve watched, but I learned that the best way to maintain your waistline is by some self-control, some self-indulgence, but a large lifestyle adjustment.

Unfortunately, after I graduated from college and got a job, like many of you I found that I was exhausted after work, with little energy to go to the gym because I was drained from the workload of the day. I began to fear that I would lose motivation entirely to exercise so I made an adjustment of waking up earlier to schedule in a run. Little did I know was how much it would alter my day to day mindset, ultimately making me more productive, positive, and energetic.

I recently read an advice column which interviewed America's 1%. There is a common theme shared amongst the wealthy, and that is that they start their day before anyone else. I quickly understood why they begin their day so early. There is an empowering feeling to know how much you’ve accomplished by the time the rest of the world is just waking up.

I’m Unconsciously More Conscious of What I Eat

I naturally choose the apple over the chips. This isn’t an “I’m on a diet mentality”, it’s just a natural feeling to continue to prolong the healthy choice I’ve invested my time in early in the morning.

Because I know I’ll be waking up early, I go to sleep earlier. To save time I begin planning my outfits the night before so I have more time before the run. Moreover, because I wake up earlier, I get tired earlier, meaning I eat dinner earlier – it’s just the gift that keeps on giving.

It’s When I Clear My Head

Before, if I was having a long day I would come home and crack open a bottle of wine, ultimately feeling worse, hungover, and bloated. Now, I go for a run in the morning. Not only does it positively impact my well-being, but it also increases my endorphins for less of those not-so-great days.

It Made Me Switch to Tea

Tea has antioxidants and can reduce the risk of a heart attack. Naturally, if I didn’t go running I would turn to having a coffee to make me feel awake enough to take on the day. In turn, after a run, my body naturally wakes up itself and my energy levels are soaring – to maintain that, without getting jittery I turned to tea because coffee is just too strong of an alternative.

Exercising in the morning positively impacted my life in ways that I didn’t imagine it could. In fact, all I tried to do was fit an exercise routine in the morning but instead it changed my lifestyle. If you're looking to run in the mornings as well, shop sport sunglasses for cool summer sunstyle because staying healthy and looking great is equally important.