The 4 Best Snowboarding Destinations in Michigan! 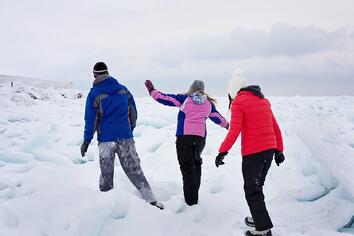 With a nickname like the Water-Winter Wonderland State and an annual snowfall rate that tends to land in the 200s, it should be no surprise that Michigan has a lot to offer Pugs fans that love winter sports. One of the most popular activities, especially among college students, is snowboarding. So we’ve taken the liberty of putting together a short list of some really cool places to practice those 360s:

If you are looking for a place that features multiple terrain parks and affiliations, try Wakefield’s Indian Head Mountain Resort. It has two terrain parks of its own, including an offshoot area for pint-sized groms. Plus, it’s affiliated with the Blackjack Resort in nearby Bessemer, which has two terrain parks as well. In addition to snowboarding, the parks also offer access to miles of ski trails, onsite dining, live concerts and bars that are always hopping.

Located in the aptly named Marquette County is Marquette Mountain, which is home to a trio of terrain parks. They offer newbies access to snowboarding school so they can learn how to tackle the terrain without busting their bums. Winter sports fans may also appreciate the NASTAR racing area and hard-to-conquer, diamond-rated trails.

For those that dream of freestyle terrain parks custom built for taking off into the wind, try Norway Mountain. It’s situated in Dickinson County, within the City of Norway. The mountain hosts a terrain park that’s devoted to helping snowboarders catch a lot of air and there are more than a dozen ski trails onsite too. Just don’t expect the place to be full of nightlife. There is a bar and restaurant onsite but they’re generally only open until 11 p.m. So if you want to get your party on, anticipate traveling to the nearby Iron Mountain. It is home to a popular sports bar and the Pine Mountain Resort. The resort, by the way, has three fantastic terrain parks for snowboarders and condos that are ideal for weekend stays.

Some may say that we saved the best snowboarding spot for last. Known as Ski Brule, it’s nestled within a popular destination known as Iron County. It has three terrain parks, a pair of terrain trails and an ultra boss ACROBAG jump for snowboarders. Furthermore, there are more than 15 fantastic trails for skiers. Oh, and there are places to snow tube and snowmobile as well. Lodging options include rooms with hot tubs. On top of that, free shuttle service and sleigh rides are options too. So you can get your party on without having to worry about appointing a designated driver.

Now that you have some idea of where to go snowboarding in Michigan, don’t forget to stop by Pugs and pick up all of the hottest sunglasses, personal electronics, cool beanies and winter apparel you need to get your 360 on. Afterward, maybe we’ll see you at one of the terrain parks’ jumps! 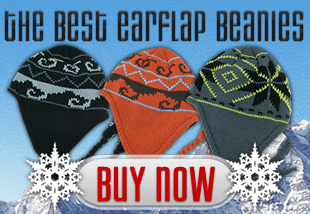